The functional buildings are being constructed on the east campus extension of the Technical University, which is located between Fasanenstraße and Müller-Breslau-Straße.

The basis for the extension project is the urban master plan of the “Campus East”. The new buildings are being constructed on separate construction sites as solitary structures in direct proximity to each other.

The room programme of the new mathematics building comprises a usable area of almost 15,000 square metres. In addition to large lecture halls and central teaching areas, a specialist library, a cafeteria and a large amount of office space for the teaching staff are planned in this building.

The space programme of the new research building for the “IMoS” is significantly smaller and comprises a usable area of around 6,000 square metres. Here, 3D laboratories, computer rooms, the graduate school as well as office and meeting rooms for research and interdisciplinary exchange are planned.

In the meantime, however, the project has also come under criticism because the structural implementation only barely meets the requirements for climate-optimised building management and thus does not necessarily fulfil the TU Berlin’s high standards on the subject of climate protection.

Nevertheless, the buildings are now being completed as planned. The completion of construction work for the “IMoS” is scheduled for the end of 2021, and the entire ensemble should be ready by 2022. In total, the project will cost around 142 million euros. 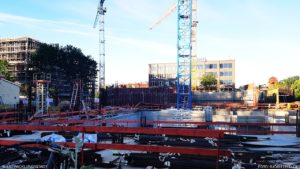 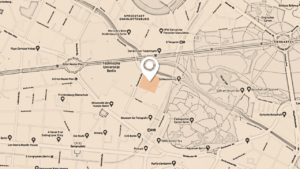