It quickly becomes clear that the name says it all in the “Bricks” project in Schöneberg. This is because the new buildings that have been created, as well as the existing listed buildings, are completely covered with a brick façade.

Once again, the companies Trockland and Graft have joined forces to develop an existing ensemble and transfer it to a new use, as is currently the case with the “EISWERK” project in Mitte or – still as a forward-looking vision – the disused ICC in Charlottenburg.

Transfer of an existing ensemble into a new use

In Schöneberg, the vision has long since become reality. The project was successfully completed last year. Existing buildings were refurbished and modernised and supplemented by new buildings in the redensification of a historic post office area.

The result is a mixed-use quarter: offices, flats, restaurants, shops and sports facilities have been created here and brought together at an architecturally high level.

Neighbourhood with mixed use

The design bracket that unites the old and new buildings is the aforementioned and eponymous brick cladding, which helps to give the prominent ensemble a very distinctive character of its own.

This was also the aim of the project planners: to create a lively urban quarter with its own spirit. This spirit, which can now be experienced in the finished quarter (located between Hauptstrasse and Belziger Strasse), draws much of its atmosphere from the modernised buildings, which have been listed since 1996.

Brick cladding as a design band for old and new buildings

These were built in several stages between 1902 and 1933. A long, brick-covered brick with a rounded head end and horizontal ribbon façades forms the centrepiece of the narrow inner courtyard. Once used by the telegraph office as an exchange hall, this building now serves as a Jewish Kaballah centre.

Flexible offices, gastronomy and space for retail and a hairdresser have also been created or are still to be developed. The Graft team of architects modernised the ensemble and added two new buildings. In addition, the old, existing roof areas were made usable for commercial uses and perforated with windows. 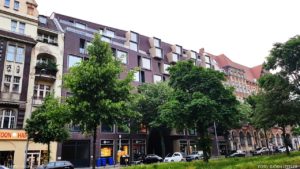 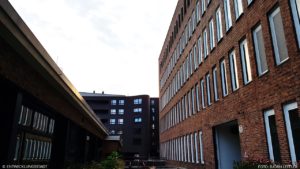 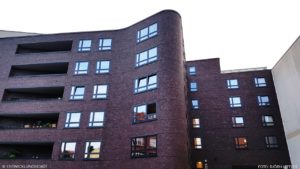 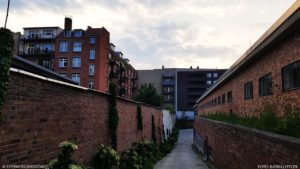 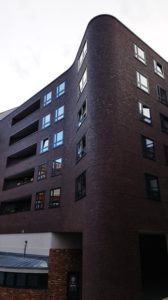 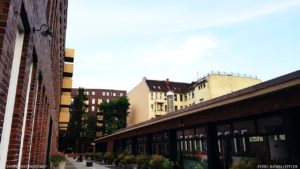 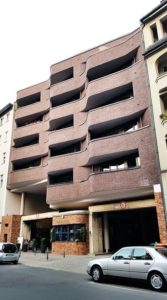