As the Senate Department for Urban Development and Housing announced at the beginning of the week, two major housing projects funded by the state of Berlin have been completed in Lichtenberg.

This means that a total of around 1,000 new affordable rental apartments have been created, which should provide some relief in the tight housing market. The housing companies HOWOGE and GEWOBAG are responsible for the projects.

NEW RESIDENTIAL QUARTERS AT RATHAUSPARK AND ON DOLGENSEESTRASSE

HOWOGE has completed the “Quartier am Rathauspark” project, which we reported on back in April 2020. A total of 387 new apartments, numerous office and commercial spaces as well as a daycare center have been created in the new construction project, which are connected by short distances.

The neighborhood is designed to be car-free and, according to the project planners, will function in a climate-friendly manner thanks to a sustainable energy concept. The office tower on Frankfurter Allee, which has also been completed, will also be the new headquarters of the HOWOGE company.

The project is one of several modernization, renovation and new construction projects around Lichtenberg City Hall on the western border of the district. In addition to the construction of new apartments, among other things the historic school at the town hall is being renovated in keeping with its status as a historic monument.

50% of this housing stock is subsidized by the State of Berlin. In addition, 232 apartments have been made barrier-free. The neighborhood offers attractive outdoor facilities with play and recreation areas for children and adults.

RUMMELSBURG: 678 APARTMENTS IN THE “DOLGENSEE CENTER

Commercial space and an infrastructure for everyday needs, with a daycare center, numerous bicycle parking spaces and an underground parking garage were also implemented as part of the project.

With the projects now completed, Lichtenberg is consistently continuing on its remarkable path as a pioneer in state-owned residential construction. The rental housing projects that have been built and are still being built in Lichtenberg in recent years sometimes clearly outshine the efforts of other districts. 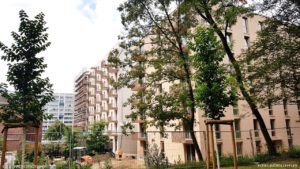 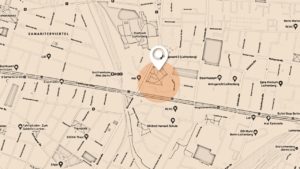