Vision for the ICC: A centre for e-mobility in Berlin’s City West

The architectural firm Graft is known for its visionary concepts for the future, which not only relate to the architecture of buildings or urban spaces, but also increasingly focus on the topic of future mobility, as already shown in the article published in February about Graft’s maglev visualization at Berlin’s main train station.

While this visualization commissioned by the Max Bögl Group was still a pure concept study without any planning basis, the idea the office developed for the Berlin ICC is much more concrete and ultimately much easier to implement.

Last week, we were able to talk to Thomas Willemeit, one of the three founders of the Graft office, as well as Oliver Schruoffeneger, District Councillor for Urban Development in the Charlottenburg-Wilmersdorf district, about this topic. We will publish the conversation as a podcast later this week on our INTERVIEW page.

The International Congress Centrum Berlin, or ICC for short, was one of the largest convention centers in the world until its closure in 2014. The 313-meter-long, 89-meter-wide and nearly 40-meter-high building was built to plans by Berlin architects Ralf Schüler and Ursulina Schüler-Witte and opened on April 2, 1979, after four years of construction.

With construction costs of almost one billion marks, it was one of the most expensive buildings in what was then West Berlin. Countless trade fairs, conferences as well as concerts and television shows were held in the ICC.

For years, Berlin has been discussing the future of the building. Messe Berlin has no interest in continuing to operate the building, as the operating costs exceed the income from events. Demolition has also been mooted, but this is rejected by large sections of Berlin’s political community. The building has been a listed building since September 2019.

THE FUTURE OF THE BUILDING HAS BEEN DISCUSSED FOR YEARS

In the same year, the Berlin Senate solicited proposals for a future use of the building. Among them were very different ideas: the ICC as a central and state library, as a huge greenhouse or just continue to be a location for the trade fair.

The Graft office also contributed a proposal. Thomas Willemeit’s idea is to turn the ICC into a mobility hub of the future, even in name: The project is titled “M.ICC”: Mobility Innovation Convention Center.

The “M.ICC” is intended to offer groundbreaking solutions to exploit the untapped potential of the complex and approaching contemporary challenges. Overlooking one of Berlin’s busiest traffic interchanges at the Funkturm triangle as well as the former AVUS race track, the ICC is set to become the perfect place for new visions of mobility.

The concept for the vacant colossus at the western entrance to the city, developed jointly by Graft and Trockland, includes a museum for motorsport history, a mobility experience and the realization of Berlin’s largest e-charging station.

THE PERFECT PLACE FOR NEW IDEAS IN MOBILITY?

Structurally, the building is to remain what it is: an icon of modern architecture. Structural changes would therefore only be planned in the inner area to create office, exhibition, test and storage space.

After all, in addition to its use as a gigantic charging station for electrically powered driving and flying devices, the ICC is also intended to become home to companies and start-ups that are active in the field of e-mobility, or want to get exactly there.

HOME FOR COMPANIES IN THE E-MOBILITY SECTOR

The project is supported by the district of Charlottenburg-Wilmersdorf, which wants to push the topic of traffic turnaround and e-mobility in the coming years and implement innovative traffic concepts. Oliver Schruofenegger (Green Party) is very positive about the ICC as a future center of electromobile traffic control.

Although news has recently been circulated in the media that no further funds will be made available for the further development of the ICC in the double budget of the state of Berlin, the last word has certainly not yet been spoken here in the run-up to the expected election campaign in September.

NO FURTHER MONEY FOR THE DEVELOPMENT OF THE ICC?

Simply leaving the ICC in its current state cannot be the concept of a red-red-green government, which has to put the topics of traffic turnaround and e-mobility at the top of its agenda.

The opportunities that the ICC offers in terms of infrastructure have apparently not yet been recognized at all political levels. We will therefore follow the further development of the ICC very closely.

Colossus in the West of Berlin: The Inernational Congress Centrum 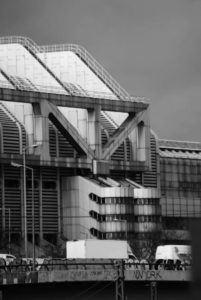 Controversial architecture: The ICC, now a listed building, is considered an icon of modern architecture and was one of the most expensive buildings in the former West Berlin. 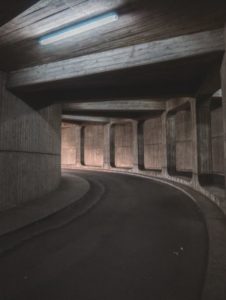 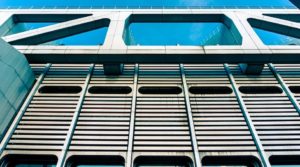 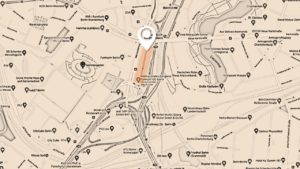